In a nod to Art Deco from the original Ivy, and Ivy Club, we were commissioned to make the stained glass windows for the private dining room towards the back of the restaurant, at The Ivy Soho Brasserie. They function as a privacy screen to the outside letting natural light into the room. The pièce de résistance, in our opinion, are the clear textured leadlights echoing the same style, glinting as if made from heavy lighthouse lenses.

We also contributed our traditional craft to the creation of the diamond panel leadlights for the Ivy Collection at The Ivy City Garden, The Ivy Marlow Garden, and The Ivy Café Richmond. 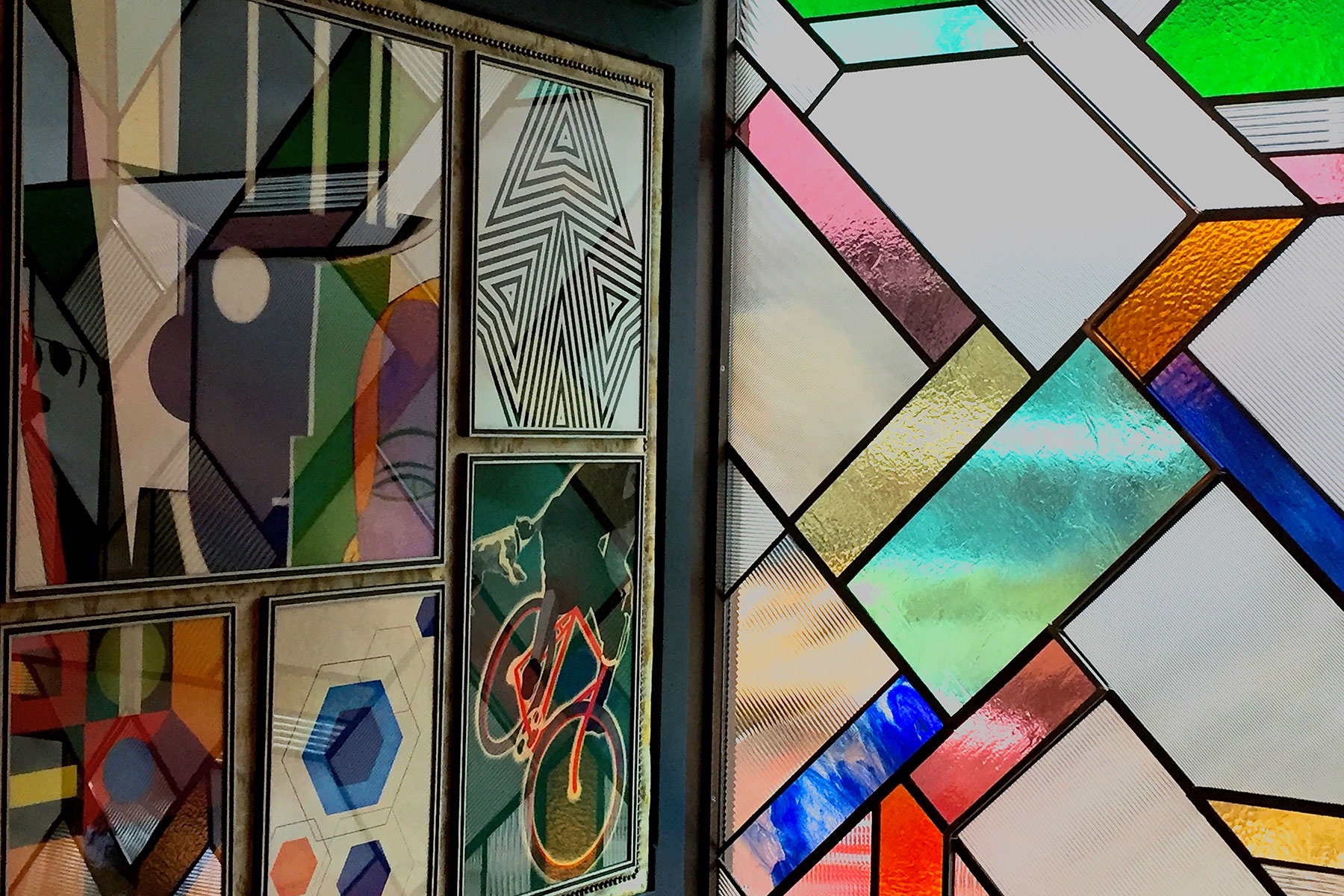 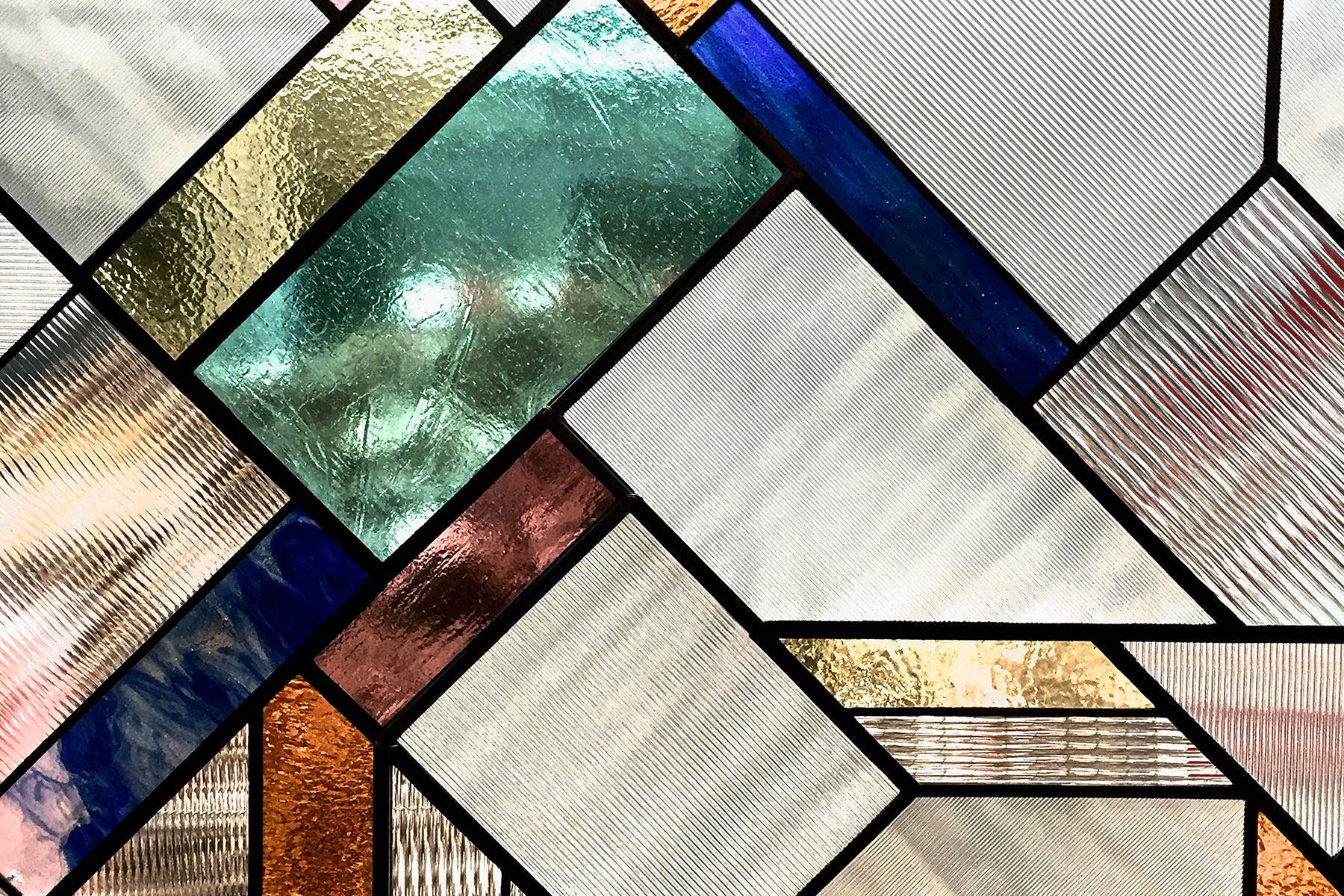 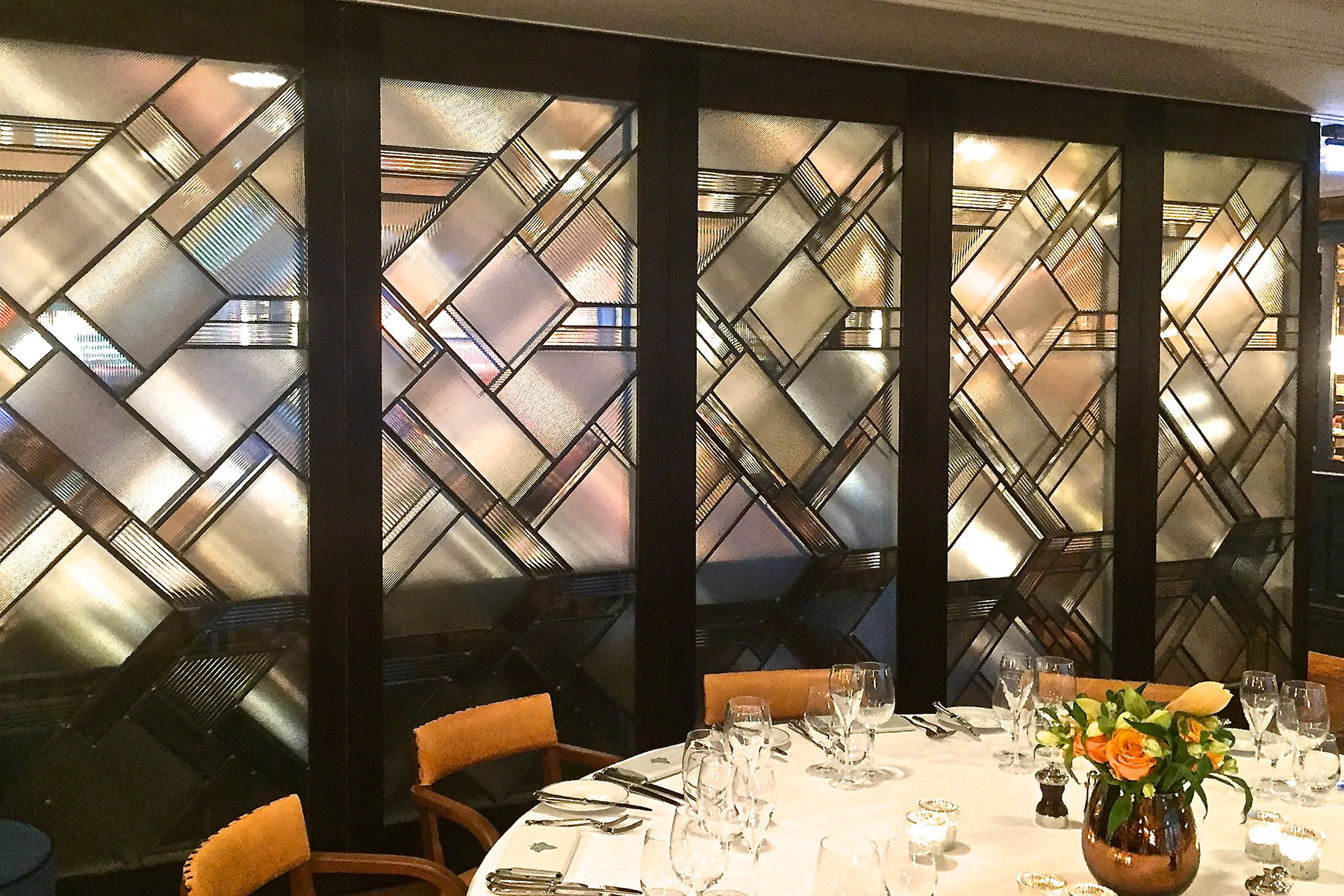 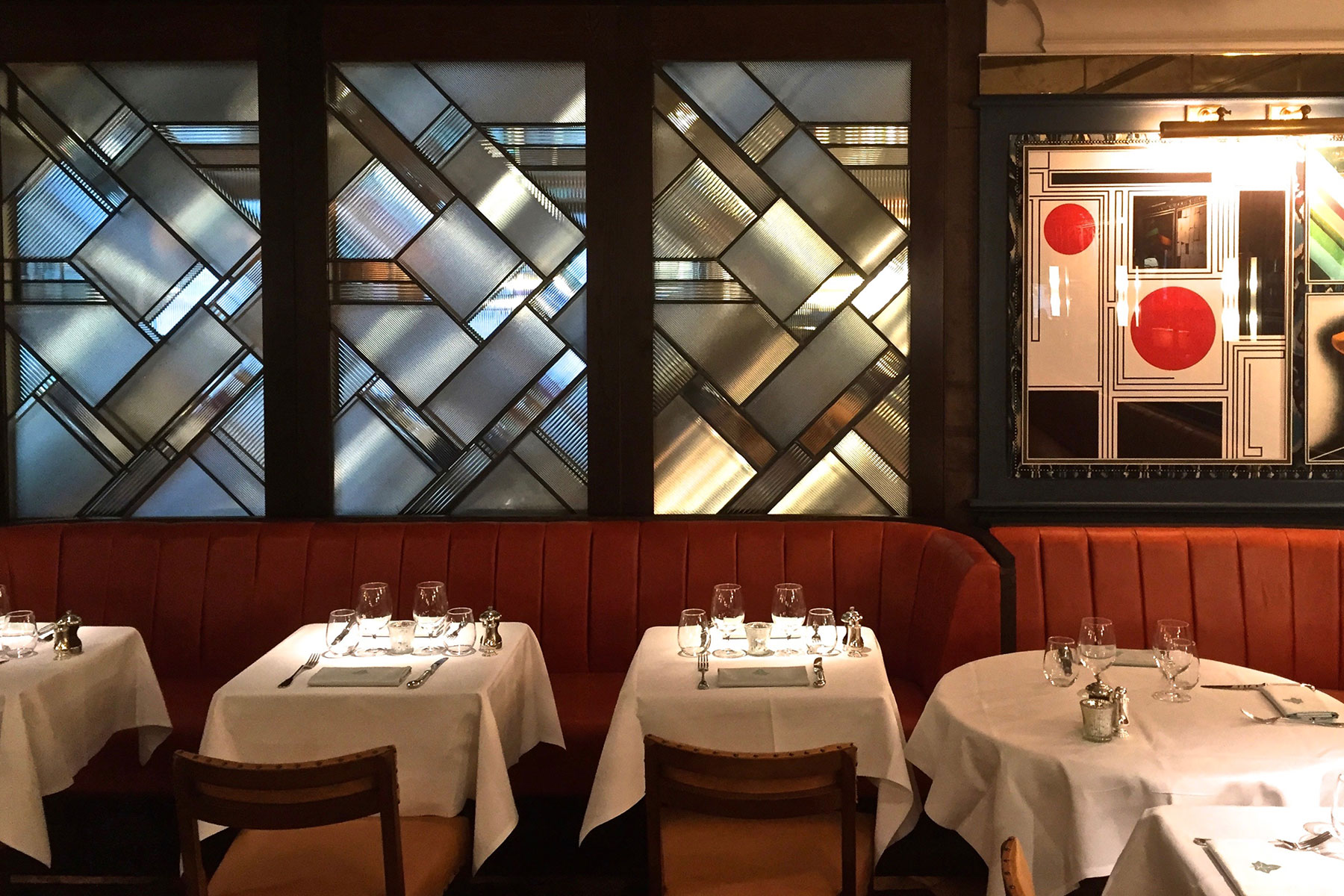 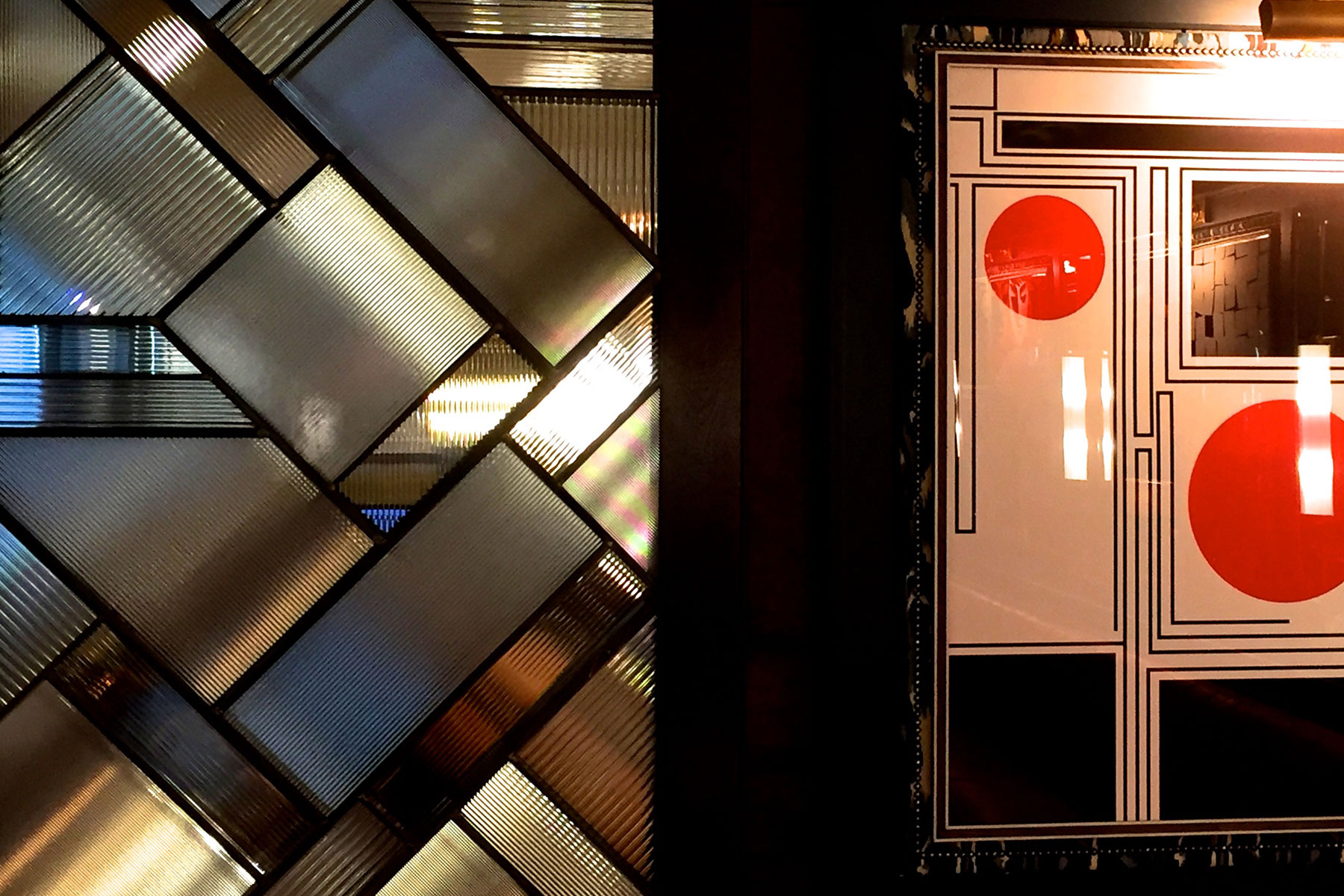 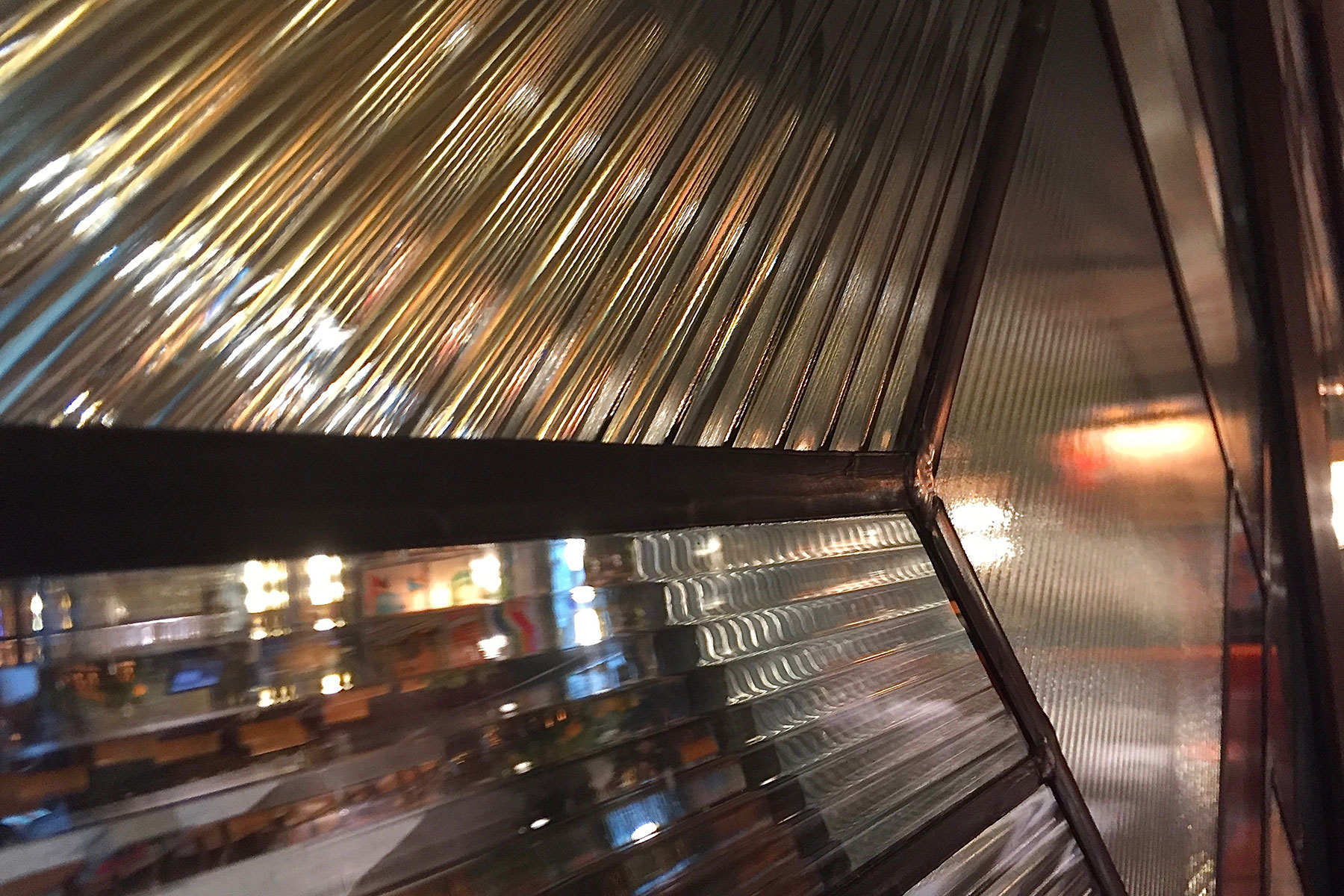 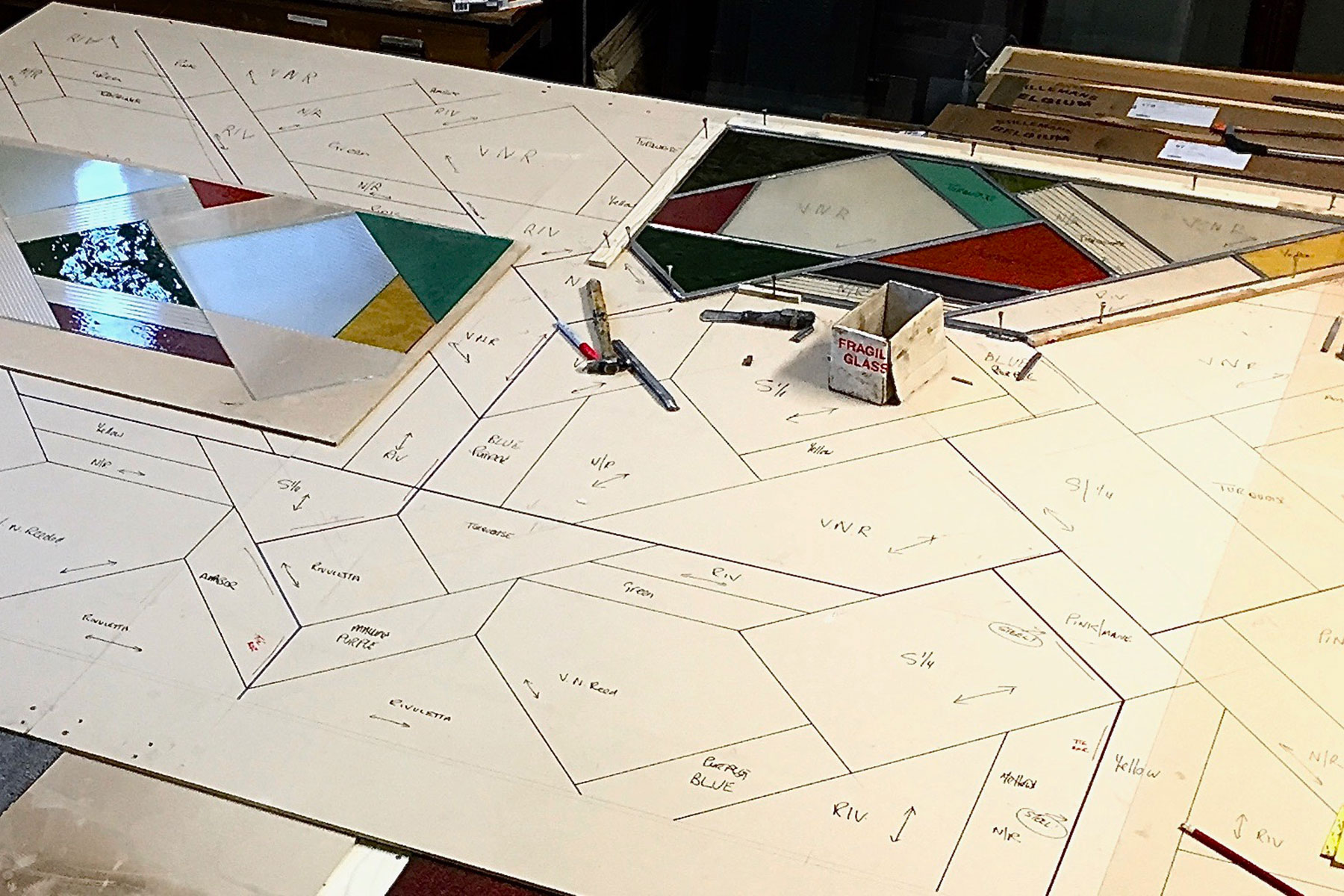 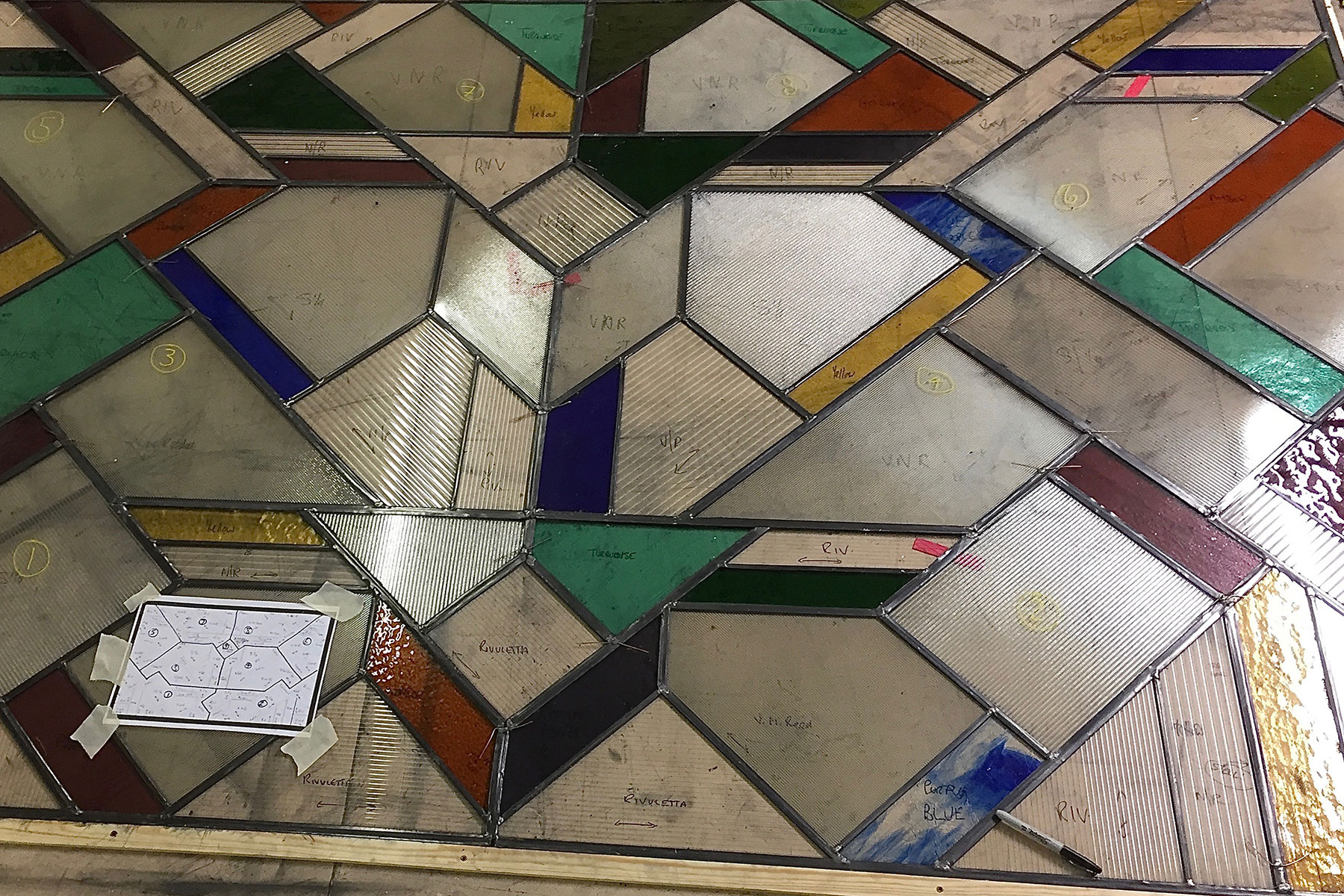